skip to main | skip to sidebar

Assalaam Alaykum Muslimat and Hello to all my friends here :)

My eldest son (3 and half) mashallah has been taking my mobile phone for the last few months and taking shots of things that interest him within his environment.
It is so cute and I thought why not keeping them here so I can get back to them and smile.. and maybe inshallah I might show him this in the future where he can laugh at his sweet habit :)
By the way I find him a very good photographer considering his age mashallah :)..
These are only few, He has many other shots of his sisters, her feet, the house's furniture..and more lol.. 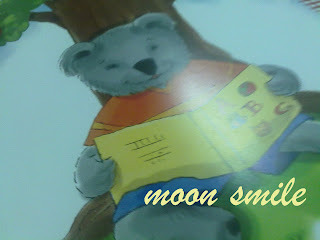 From my cook books LOL.. 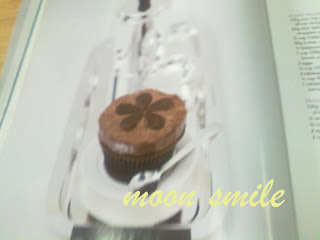 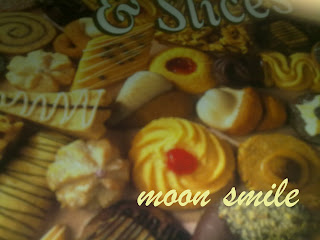 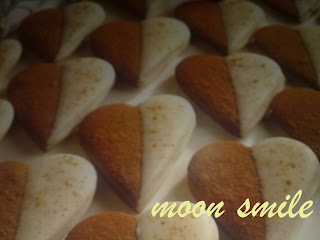 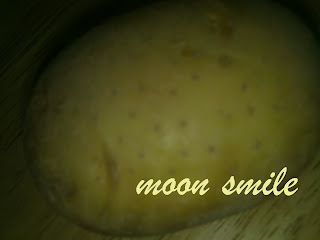 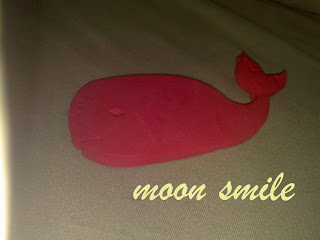 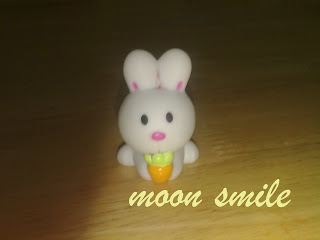 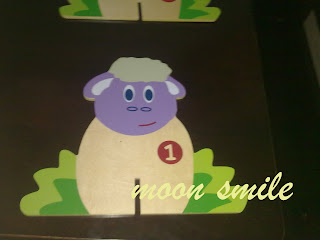 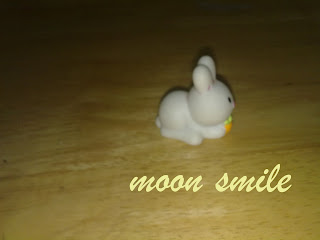 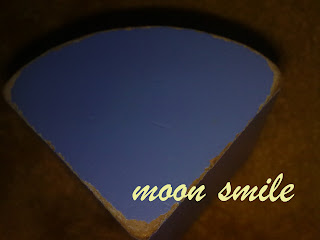 a dough that he took from me lol.. 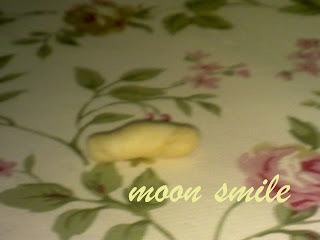 Asalaam Alaykum Muslimat and Hello to all my friends..:)

I didn't think of anything new recently to write about here,but I miss my blog so I've to write something..
So I'd ask you for an advice :D.

I bought a white jeans from Alcott, here in Bahrain, they had a 70% sale and I was happy and lucky to find something my size and looked pretty on me lol.It looks similar to these: 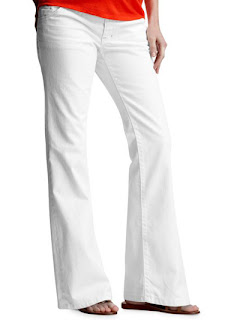 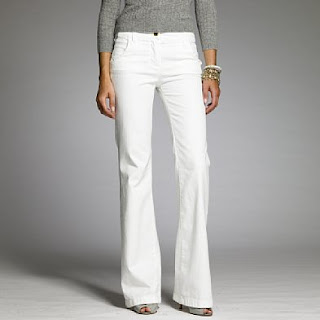 I am thinking of getting myself a long blouse with long sleeves, should be loose because my I like looking modest and elegant at the same time LOL..I never wear tight clothes going out, unless Under my abayas SOMEtimes.. 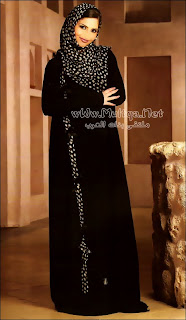 It is difficult to find this kind of tops, I mean what I am looking for.I would like something with this colour 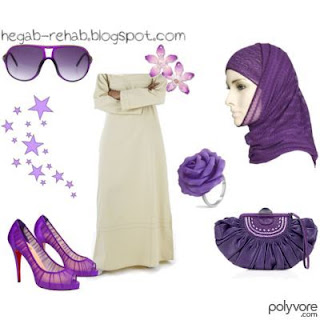 ..or blue..a light colour..:)I am thin and tall but I still find it difficult to find tops that I as a muslim can wear..even in the Middle East..

Will update you if I found something I like :)
مرسلة بواسطة MoOn في 17:10 4 comments: روابط هذه الرسالة

Bahrain is where food gets to your house!

It is...!
I find it kind of funny and fascinating.. the choice of restaurants in Bahrain is amazing. You will find here a huge selection of fast food restaurants that I never seen anywhere else, you name it. Besides, there are countless numbers of small restaurants that serves Arabic, Eastern food, cocktail drinks and beverages. And of course you’ll never miss the luxurious restaurants in Bahrain. You don’t need to cook if you don’t want to. If you walk along any one street in Bahrain, I am sure you’ll find at least three restaurants if not more. Most restaurants do home delivery service, and you can get your food delivered even at 2 am if you wish so.

Another thing, the small markets/shops!, you call them, ask them to bring you anything, even a chewing gum and you’ll get it in less than ten minutes. I’d normally call the market for things like milk and bread, and by the time I put my hijab on, they’re there ringing the bell.

You have to be careful with this lifestyle I guess otherwise you’d gain extra weight without even noticing it:) 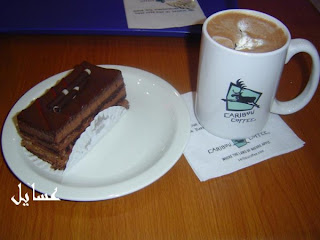 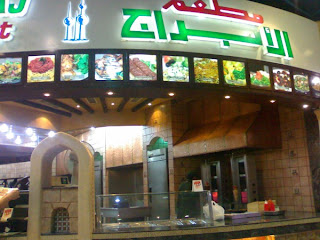 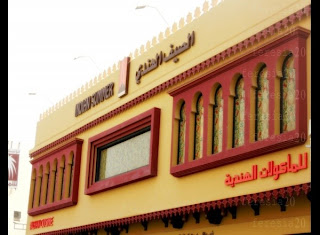 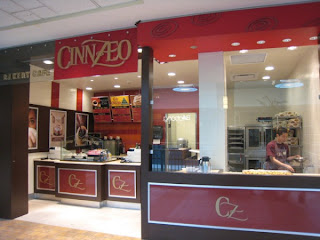 Whatever they say about our Arab men, I am telling you it isn’t the truth….and this is from my point of view…an Arab Lady…!!.
They say that our men are oppressing us,,

They say that they are arrogant, womanisers, cruel, aggressive, and impolite
Our men are the most wonderful men…they treat us fairly..

An Arab man is my father who is protecting me, providing me with everything I need..Educate me and actually providing me with the best education he can afford....Listens to me blathering all the time..Treats me like a little princess…spoiling me..Actually he is being sweeter to me sometimes because I am a girl...his little girl..

An Arab man is my husband who loves me dearly.. Protects me from any harassments.. He doesn’t let me do any hard works..Giving me the chance to study if I want to..gives me the choice to work if I want to..Supports me financially even if I am working..Brings me dinner if I am ill..Takes the kids out if I am not feeling well..Tells me jokes all the time…An Arab man says the most beautiful romantic words..he memorizes beautiful poems to tell me...

actually Arab men tolerate us when we insists on spending hours shopping..or spending extra few minutes to one hour in front of the mirror "getting ready" before going out for a dinner..Actually We might be oppressing them in some situations LOL…

An Arab man is my brother who we laugh together all the time..And actually have our fights together sometimes LOL..He that never showed me that he is superior to me in any way…he actually protects me in everyway..

An Arab man is my son…he is so kind to me..adores me..takes care of me when I am old..kisses my forehead as a sign of respect..he never leaves me alone…

If any Arab men have shown any opposite behaviour from what I say, don’t blame him. It is us women who raise our kids to be that way or another…
مرسلة بواسطة MoOn في 16:45 7 comments: روابط هذه الرسالة 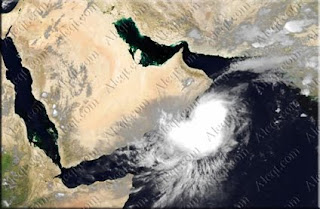 Cyclone Phet weakend from category 4 to 3 then further weakened into a tropical storm of category 1 when it hit the sharqiya (east) coast of Oman..
It was less powerful than the cyclone Gonu that hit Oman on 6/6/2007 but it still caused 24 deaths (one of them is a civil defence personnel who was killed while trying to rescue a family in Muscat) and devastating conditions specially in areas such as Sur, Masirah, Al ashkhara and Qurayat where people were evacuated and fleed their flooded houses..We were not much affected al hamdulilah in Muscat and the other regions but the rain poured all over the sultanate of Oman.. 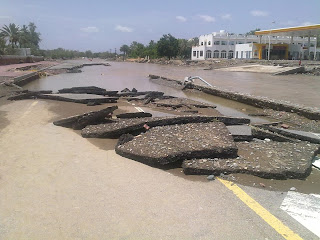 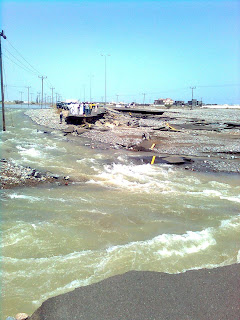 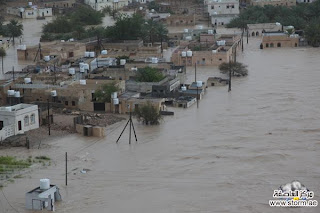 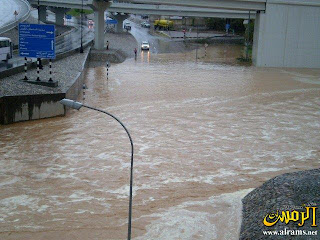 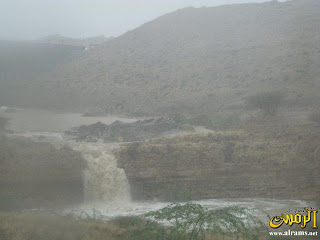 Just to mention that Oman had a financial loss of over 25 billion dollars when cyclone gonu hit its coast on 2007...
مرسلة بواسطة MoOn في 23:43 4 comments: روابط هذه الرسالة

"This summer is too hot, and it is still the beginning of June..Oh it reminds me of the way the weather was before cyclone Gonu..Inshallah nothing similar will occur.."
This was the conversation between myself and mom few days ago, the temperature was at 4 am around 37 degrees, and it was unbearable at noon till night..
The next day the weather changed dramatically, it was beautiful (this was Wednesday 2nd June).Later on at the afternoon it was announced that Oman coast is going to be hit by a Cyclone PHET!..Ya Allah..

People are so terrified, they had the previous experience of Gonu. The cyclone is changing its pathway, it is unpredictable, Allah (God) only knows its destination that it has given to it.

what does the wikipedia say about the cyclone?

Cyclone Phet is the second-strongest tropical cyclone on record to develop within the Arabian Sea; only Cyclone Gonu in 2007 was more intense. It initially moved to the northwest direction near Oman but is forecasted to turn more to the North before reaching the Arabian Peninsula and later to a northeastern track onto Pakistan and the Indian state of Gujarat. "Phet" is a Thai word, it means Diamond.

We were supposed to leave to Bahrain as planned before. But the visibility as reported by the air traffic control is not clear so air crafts are not making their way to Muscat International Airport (Oman).

The cyclone has been threatening the northwest coast, has already passed by some regions causing severe flooding, people were evacuated from Masira Island and the coastal region beside it.

Sur and Qurayat is flooded and people ran away from their houses.

Inshallah it is going to weaken more, and it will stop raining heavely, May Allah protect all the people here and everywhere in the world, amin

I don't know If I am going to be able to access the net later on, because we are expecting electricity breakdown.
Pray for us, and pray that we survive it

P.S. People of Palestine, we always remember you and pray for you. We get terrified once by nature means, while you have been suffering for as long as our grandparents can remember by terrorism and occupation. We know our suffering is short and is going to end, but your suffering is timeless,cruel, unbearable. May Allah reward you for your patience and grant you the freedom you deserve.
مرسلة بواسطة MoOn في 12:07 No comments: روابط هذه الرسالة

MoOn
Muscat, Oman
I am a daughter, a sister, a wife, and a mother.. I have a highly expressed feeling personality and can be a bit introvert.. Hope you enjoy reading my blog.. مسلمة..عربية..قلمي شغف اتنفسه.واكتبه..